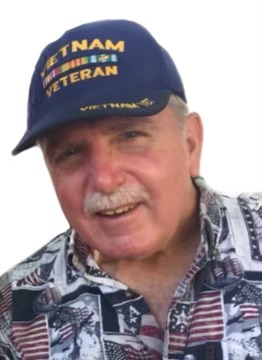 William “Bill” Little, Jr was born to William and Anne B. Little on February 22,1947 in West Chester, Pennsylvania where he lived and grew up along with his sister, Joanne. He graduated from West Chester High School in 1965. He joined the US Marine Air Corp in 1966 and served in Vietnam before an honorable discharge in 1970.  After graduating from East Coast Aeronautics’ School in Boston, MA, he moved to Tuscaloosa, AL where he earned his twin-engine pilot license. This is also where he met his wife Deborah of 45 years. He went to work for Federal Express, in Memphis, in 1977 first as a flight line aircraft technician and then took a job as a jet engine specialist. In 1995, he transferred to Knoxville to serve as the aircraft field line technician and continued in this position until retiring in 2013. He truly loved his work. Even in retirement, he still had the passion for the job and kept in close contact with his coworkers, one in particular, Dan Wilbur, who happened to be a lifelong friend. Dan transferred over to Knoxville from Memphis just months after Bill.

Bill enjoyed working on his antique cars and being a part of the East Tennessee Region Antique Car Club of America and the American Legion in Loudon. He was a very active member of the communities that he lived in as well as an active church member throughout his life. He and Deborah have two daughters: Amanda and Pam and four granddaughters. He was recently united with his son, Bill, who was a welcomed addition to the family. Bill was a loving and dedicated husband, father, Pop Pop (grandfather) and friend to all. He never met a stranger. As soon as you met him, you instantly gained a true friend. If anyone ever needed anything at all, he was more than willing to help and often was there before you even knew you needed help yourself.

In lieu of flowers, memorial donations can be made to the Parkinson’s Foundation. The family will receive friends 6 - 8 pm Tuesday, July 12, 2022 at Loudon Funeral Home, with the funeral service to follow at 8 pm.  Graveside service will be 8:30 am Wednesday, July 13, 2022 at East Tennessee State Veterans Cemetery.

To order memorial trees or send flowers to the family in memory of William Little, Jr., please visit our flower store.