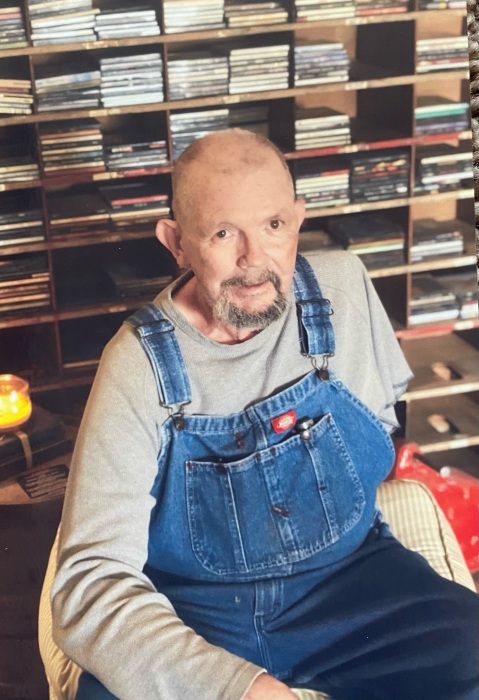 Ross Edwin Young, husband, father, grandfather and friend, passed away on October 20, 2022 at age 75 from esophageal cancer at home in Loudon, TN.

Ross was born to Otis and Wilma Young on October 7, 1947 at Foree Hospital in Athens, TN.  He graduated from Joliet Central High School in Joliet, IL in 1965.  Ross enlisted in the Navy in 1966.  He served in Vietnam as an Aviation Electrician aboard the USS Kittyhawk.  After the military he was employed at Illinois Bell Telephone where he retired from in 1998.  Ross married Teri Dempsey on April 6, 1968 in Euclid, OH.

Ross was a carpenter, mechanic, plumber, electrician, leaf-blower extraordinaire and all-around handyman in spite of losing an arm and sight out of one eye in a car accident in 1983.  One of his all-consuming hobbies was spending time on his Kubota tractor.  He was a man who knew no bounds, if he set his mind to something he would accomplish it.  He loved his family and his community in Sweetwater, TN.  He never met a stranger.

A celebration service will be held at First Baptist Church in Sweetwater, TN on Tuesday, November 1st at 11am est. with receiving of friends at 10am.

Loudon Funeral Home has been entrusted with the arrangements.

To order memorial trees or send flowers to the family in memory of Ross Young, please visit our flower store.