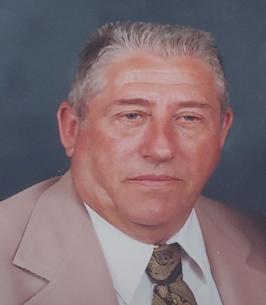 Eugene Edward Oody, 89, Hemlock, passed away at 3:47 p.m. on Wednesday, November 21, 2018, at Aperion Care in Kokomo. He was born December 2, 1928, in Loudon, Tennessee, to Lonnie and Irene (Brooks) Oody. In September of 1953, he married Kathryn Julian, and she preceded him in death in September of 2006. On June 20, 2009, he married Shirley Turnpaugh, in Kokomo, and she survives. Eugene worked for Chrysler for 31 years before retiring in April of 1986. He was a member of UAW Local 685 Retiree Chapter and Mt. Gilead Baptist Church. In addition to his wife, Shirley Oody, he is survived by his son, Jim Oody; daughters, Roxie Daily and Myrna Atkins; step-daughters, Deborah Hathaway and Cheryl Atwell; 17 grandchildren; several great-grandchildren; and sisters, Mary Simpson and Kathleen Sutton. He was preceded in death by his first wife, Kathryn Oody; parents; and two daughters, Brenda Smith and Florence Askren. The family will receive friends 4 p.m. to 7 p.m. on Tuesday, November 27, 2018, at Loudon Funeral Home with the funeral service to follow at 7 p.m. Burial will take place at 11 a.m. Wednesday in Corinth Cemetery in Loudon. Memorial contributions may be made in Eugene's honor to Mt. Gilead Baptist Church. Messages of condolence may be left online at www.loudonfuneralhome.net. Loudon Funeral Home is in charge of the arrangements.

To order memorial trees or send flowers to the family in memory of Eugene Oody, please visit our flower store.