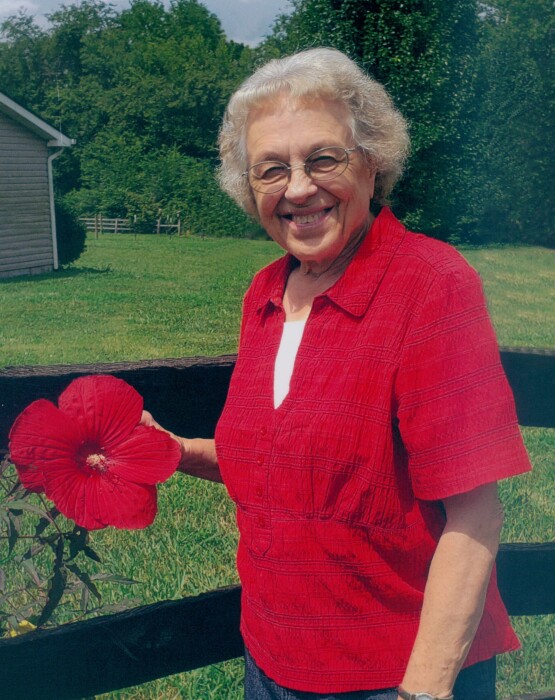 Diane L. (Saltzman) Beckler, 77, went home to be with Jesus on Thursday, October 7th, 2021 in the comfort of her home in Philadelphia, TN. She was born June 19th, 1944 in Milford, Nebraska; the daughter of Clinton and Doris (Stutzman) Saltzman. She graduated from Milford High School; class of 1962.  She married Norman Beckler on August 31, 1963 and settled on the family farm in Milford, Nebraska where they raised their family.  In 1993, they moved to Phoenix, AZ and then in 1995, they resettled to Philadelphia, Tennessee. They recently celebrated their 58th wedding anniversary.   Diane was an avid gardener and had a beautiful alto voice and hearty laugh. She was artistic and loved singing.  She was known for her gracious spirit and heart of contentment and gratitude. Survivors include her husband, Norman Beckler, two daughters; Denise (Tim) Griswold of Phoenix, AZ and Colleen (John) Rollins of Augres, MI and one son; Darvis (Tammy) Beckler of Middlebury, IN. Also surviving are eight grandchildren: Kendall Rollins, Anita Pityer, Alicia Barber, Jana Rollins, Austin Beckler, Jared Rollins, Ashley Beckler,  and Ryan Griswold.   Two great granddaughters are expected soon. Also surviving are two sisters: Julia Sommers and Reta Roth of Albuquerque, NM and two brothers; Karl Saltzman and Nate Saltzman of Albuquerque, NM. She was proceeded in death by her son, Kelvin Beckler (1988), her brother Lonnie Saltzman (1993) and her parents, Clinton and Doris Saltzman.

To order memorial trees or send flowers to the family in memory of Diane Beckler, please visit our flower store.